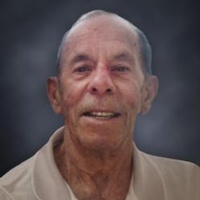 At the Winchester Hospital on Saturday, October 28, 2017, Neil Robertson of Morrisburg, age 76.  Loving husband of June Robertson (nee Banman).  Dear father of Mike of Sudbury, Shelley Robertson (Jamie Whitteker) of Pidgeon Island, Joanna Robertson of Ottawa and Julie Robertson of Ajax.  Dear brother of Richard (Julie) of Woodlawn, Carol Robertson of Ottawa, Gerry of Morrisburg, Bill of Ontario, Hugh of Kanata, June West and Kathy Robertson, both of Hundred Mile House, B.C.  Neil will be fondly remembered by his grandchildren Joey, Stephanie and Jake and his great-grandson William.  He was predeceased by his son Ben, his parents Bill and Irene Robertson (nee Warring) and his sisters Susan and Beatrice Robertson.  He is also survived by nieces and nephews.


Funeral Arrangements
Friends may call at the Marsden and McLaughlin Funeral Home, Williamsburg, on Thursday, November 2 nd from 2-4 and 7-9 p.m.  A Legion Service will be held at the funeral home on Thursday evening at 6:45 p.m.  A time to share memories of Neil will take place at 8 p.m. There will be no formal funeral service.  Donations to the Terry Fox Foundation or Winchester Hospital would be gratefully acknowledged by the family. Online condolences may be made at marsdenmclaughlin.com.

Coll, Harvey Norman Truro, NS
Born in 1940 in North Sydney Cape Breton, Harvey passed away peacefully December 6th, 2017 Colchester East Hants Health Centre in Truro, Nova Scotia at the age of 77. He was predeceased by his wife of 56 years Geraldine Coll this past March 2017 as well as his parents Clarence and Anna Coll. He is survived by his sisters Karen Burningham (nee Coll) & Judy Gallagher (nee Coll), his brothers Jim and Fred Coll, his son Douglas and daughter-in-law Brooke, his grandsons Matthew & Ian. Harvey was intensely proud of his service to the Royal Canadian Air Force (RCAF). After graduating from the CN Telegraph School as a Cryptographer, Harvey joined the RCAF in 1957 with early postings to Lachine, PQ, Resolute Bay, NWT, Trenton, ON and Kingston, ON. From 1965 to 1969, Harvey served as a Canadian Forces representative to the NATO 4th Allied Tactical Air Force in Ramstein Germany. He received the Certificate of Outstanding Achievement recognizing meritorious service and outstanding contribution to the NATO mission. In 1977, Harvey was awarded the Queens Jubilee medal for his outstanding service to Canada, the youngest Master Warrant Officer in Canadian Forces history to receive the honor. In 1979, while stationed in Penhold, Alberta, Harvey received the Air Command "Commanders Commendation" in recognition of outstanding service and exceptional devotion to duty and community. He was promoted to Chief Warrant Officer in 1979. To Harvey, this was one of his greatest personal accomplishments in his military career.  The family was then posted to CFB Halifax where Harvey assumed the position of "Base Chief" of Canada’s largest naval base.  After his storied career in the military, Harvey went on to have an accomplished corporate career working for some of Atlantic Canada’s best companies. Manager, Training Staffing & Development National Sea Products. VP Human Resources at Lawton’s Drug Stores. Managing Partner of Murray Axmith Atlantic and finally his own consulting business Leadervision Atlantic. Harvey also served as President of the Human Resources Association of Nova Scotia. Affectionately known as "Harv", those who had the privilege of knowing him would describe him as an exemplary emotionally intelligent leader, a mentor, a coach, a great friend, a wonderful Father & Grandfather, a loving and loyal husband….simply a good man. Unless of course you happened to be in the military walking around in an untidy, un-pressed uniform or dirty, unpolished shoes, then you had the unfortunate pleasure of meeting Chief Warrant Officer Harvey Coll, responsible for the dress, deportment & discipline of his command. Harv had an amazing sense of humour, loved a good joke and probably could be accused of telling too many bad ones. He cherished his time with the crew at McDonalds every morning. In fact he refused to live with his family in Ontario because of how much he loved those guys. He was an avid golfer and cherished his memberships at Northumberland & Truro. He was proud to claim the family record for two holes in one in his lifetime. Thank you to the kind nurses and doctors who cared for our family in this difficult time. Arrangements have been entrusted to Mattatall-Varner Funeral Home, 55 Young Street Truro, where a Celebration of Life Reception will be held from 2:00pm – 3:30pm, Sunday, December 10th, 2017. In lieu of flowers, donations may be made to the Royal Canadian Legion, the Heart & Stroke Foundation or the Colchester East Hants Health Centre. Private messages of condolence can be sent to the family by viewing Harvey’s obituary and selecting "Send A Condolence" at: www.mattatallvarnerfh.com
Posted by Signallers Club of Canada at 3:31 PM No comments: